I've been a bit slack on writing my blog so thought I'd write an update on the 2013 Butterfly season so far.

On June 9th, myself and a small coach party from Sussex BC set off for the Isle of Wight. Our mission to see the Glanville Fritillary in its natural environment. First stop was Wheelers Bay. Whilst the site may have not been the prettiest (particularly as there was a lot of dog muck everywhere and the weather was pretty grim), the second stop truly was; wide sandy beaches, glorious blue sea, and crumbling multicoloured cliffs. Here, at Compton Bay, after hiking up the cliffs, we came across an area full of Glanvilles Fritillaries. Result.

After a few cancelled trips, Gary and I finally decided to make the journey down to Collard Hill in Somerset for the Large Blue. The emergence of these rare butterflies has been delayed this year and it wasn't until June 19th that we made the trip, a ~3-4 weeks after the normal emergence date. It was a glorious day, with temperatures in the mid 20's. On the way we stopped off at Cotley Hill in Wiltshire where we knew there was a small population of Marsh Fritillary. Luckily for us, the delayed emergence meant the butterflies were still on the wing. Pleased with this find, we headed off to Collard Hill. After 4-5 hours, scouring the site, we did have two albeit fleeting glimpses of a Large Blue, but no real photo opportunities. Nonetheless a great sighting. The probably the highlight of the day was an unexpected Clouded Yellow; both of us were very chuffed to see this continental beauty (what we didn't know then was what would happen later on in the year). A Small Elephant Hawkmoth was also a nice find.

On June 29th I got up nice and early and found myself at Iping Common, West Sussex at 7am. A short search turned up my target , the Silver-studded Blue. What a stunning butterfly. As the sun was still quite low and the temperature relatively cool, the butterflies were still in roosting mode. Ideal for photography.

On July 13th I decided to try and find the elusive Purple Emperor at Botany Bay on the Sussex/Surrey border. In previous years I have had glimpses of this stunning butterfly high in the tree tops but nothing closer. Whilst we saw 4-5 individuals, plus lots of Silver-Washed Fritillaries, White Admirals, Ringlets, and a lone Wood White, unfortunately the Purple Emperors were staying above head height. However, others had seen them at ground-level in a different part of the wood, so I got up even earlier and set of again on the 14th. I was pleased I did as I managed to see my first ever Purple Emperor feeding on ground salts. We watched it fly down from the trees, circle a few times, flashing that amazing purple sheen, and eventually settle for 5-10 mins on the ground. Whilst we didn't see it resting with its wings open, it was still an impressive sight. Then, whilst walking back to the car, another found resting at eyeline on some foliage. Wow!

I didn't see any White-letter Hairstreaks last year, so whilst my wife and daughters were visiting a friends I decided to pop over to Hollingbury, Brighton on 28th July. It took me a while to find my first White-letter Hairstreaks but once I got my eye in, they seemed to be everywhere. I had at least 15 separate sightings but I couldn't say if they were all different individuals or not. They mainly favoured the Creeping Thistle. A notoriously difficult butterfly to photograph as they are often part hidden by something, I was pretty pleased with my attempts.

After seeing some great photos of the Silver-spotted Skipper, I decided to chance my luck. Again it was a two-day attempt. Day one was not successful with none being seen. After some further research I realised I had been in the wrong part of the site and at the wrong time of day. So with this information, I headed out early evening on the Sunday, following a hot and sunny day. The first few individuals I saw were buzzing about with no chance of any photography. However, as I was about to leave, and with the sun going down and the temperature start to fall, I spotted one. It settled on some vegetation and soon went into "roosting" mode. Now it was easy to photograph!
On Tuesday August 6th I was at Steyning Rifle Range, West Sussex where I saw a very pristine female Brown Hairstreak, well pristine bar a few missing scales from one of the forewings. I suspect it had either emerged on this day or the previous one.

A few early morning trips up to Kithurst Hill on the 10th and 20th August gave me some great photo opportunities of roosting Chalkhill and Common Blue, Brown Argus, and on the 20th my first Sussex Clouded Yellow of the year. I ~3 Clouded Yellows here, and then had another 6 sightings at Pulborough Brooks. It seems 2013 has been a very good year for this species with a large influx into the country. In parts they seem to be the commonest butterfly!

On August 25th however, things got even better! After seeing reports of a European Swallowtail in East Sussex (Windover Hill) on Friday and Saturday, and with the heavy rain and cold temperatures seemingly set in, I thought I'd chance my luck and see if it was still present in the am. Arriving at just before 7, I met Gary (Faulkner) and we trudged up the very steep chalk path to the site. An hour later and completely shattered after a seemingly fruitless search hiking up and down the slopes in the pouring rain, I'd all but given up. But luckily there were others searching and they eventually found it, just to the side of the main footpath. Oh how easy it could have been! It was seemingly in the same spot as it had been on Friday and Saturday, and wasn't moving fast! A beautiful butterfly even if it was a tad worn; I never thought I'd see a Swallowtail in Sussex so well chuffed :-)

So my total number of species for this year is 45.

(nb. only species not seen this year that I have seen in previous years are the Chequered Skipper, Grayling, Heath Fritillary, Lulworth Skipper, Purple Hairstreak, and Small Pearl-bordered Fritillary)

Just back from a family holiday to France. Whilst it was a non-birding trip, ~70 species were seen over the 10 days.

We stayed in a small Gite in Secondigny teeming with wildlife; an idyllic location surrounded by lakes, woodland and orchard. Many highlights including breeding Golden Orioles, Black Redstarts, Swallows, Wrens, Robins and Goldfinch amongst others. We also had Cirl Buntings, Turtle Doves and Serins in the garden. However, it was a privilege to witness 3 Black Redstart chicks fledge from the nest in the barn next door and then watch their parents feed them over the next few days.

Other highlights from the trip included my first ever Melodious Warbler (I think it was anyway!), and Black Terns, Black Kites, and Montague's Harriers, plus a fleeting glimpse of a Hoopoe. Will post some more photos as I process them...

A list of all the birds I saw in around the Gite is below (the 'b' denotes evidence of breeding): 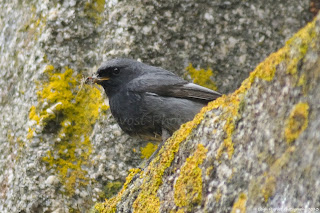 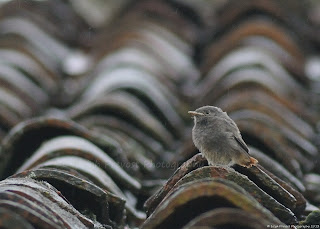 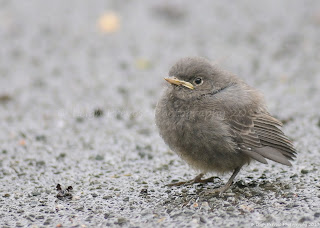 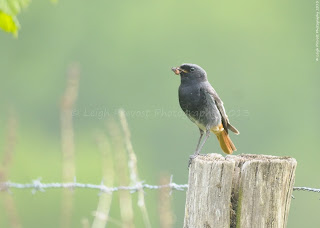 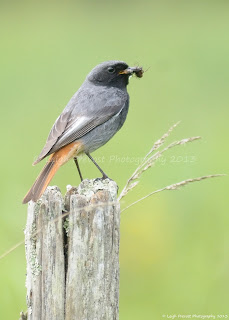 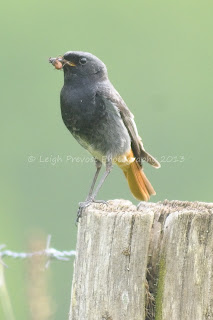 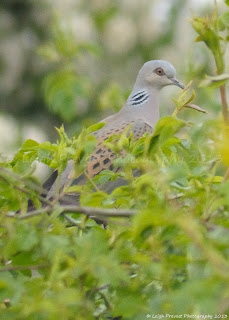 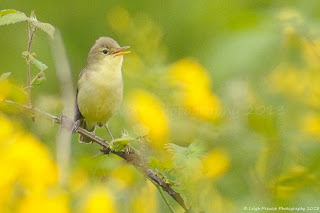 Pretty sure this is a Melodious Warbler but stand corrected as never seen one before! 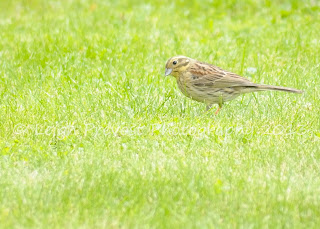 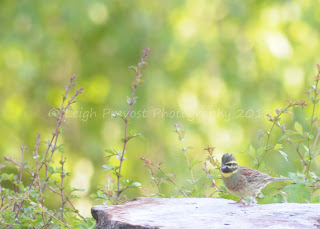 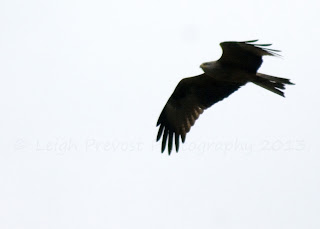 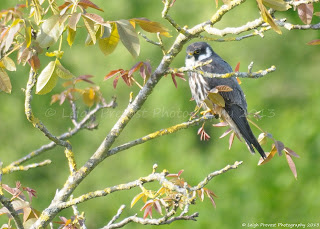 
16. Goldfinch (b; btw there is a nest in the hedge between the 2 Gites I forgot to mention)

All my images are available to purchase as framed or unframed prints.